Some of our Favourite Common Winter Birds

Even though the trees may be sparse and bare in wintertime in Ireland, it offers ample opportunity to view and watch your favourite birds go about their daily lives.

Here’s a round up of our favourite feathered friends to observe at this time of year.

Remember to visit our Irish Animal Directory for fun facts on all your favourite Irish animals which we add to regularly. 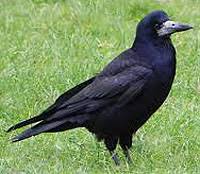 Please recommend an animal you would like to know more about in the comments below.

We love Conserve Ireland’s website which is worth a look for all animal and bird lovers.

“I’ll tell you a story about Johnny Magory”

We ship with An Post twice a week. COLLECTION available from our Kildare office Mon - Thurs 09:30 - 13:00. Dismiss