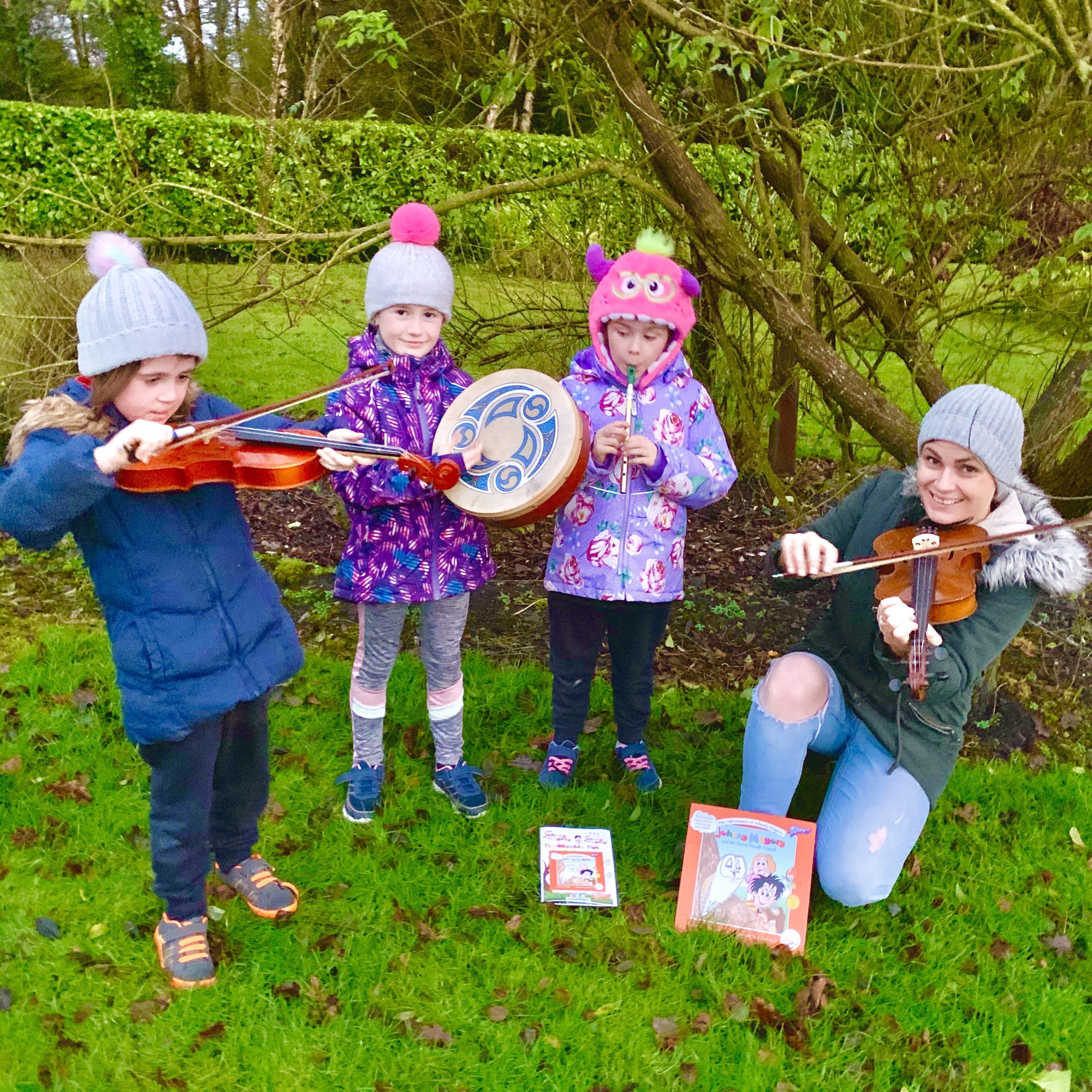 “And everyone dances between the trees and shouts “Fleadh is the life!”

The Fleadh is the biggest and best event in the traditional Irish music calendar.

The Fleadh Cheoil is ran by Comhaltas Ceoltóirí Éireann (CCÉ), a not for profit organisation.

There are various stages to the competition. In Ireland there are county and provincial competitions leading to the All-Ireland Fleadh. It’s not just in Ireland though, the tradition has spread to Britain, North America and Canada.

It’s for young and old(er) with categories starting at under-12’s up to over 18’s.

The first Fleadh was held in Mullingar in 1951. The aim was to make this a great national festival of traditional music.

The fleadh has been held in many different venues around Ireland over the years. This year (2020) it returns to Mullingar and has been dubbed “The Homecoming”.

In the years that followed, the number of would-be competitors grew so large that qualifying stages had to be arranged at county and provincial levels. Since then, Fleadh Nua (the new fleadh), Fleadh na Breataine (an All-Britain fleadh) and regional fleadhanna in Britain, and two major fleadhanna in the USA have also become annual CCÉ events.

From its beginning, the goal of the Fleadh Cheoil was to establish standards in Irish traditional music through competition. Although it’s a competitive event; the Fleadh is renowned as ‘great craic’! It also included many concerts, céilíthe, parades and sessions.

It is a platform and a meeting place for the thousands of musicians, singers and dancers who carry on the tradition.

Around 20,000 performers compete in fleadhanna each year. 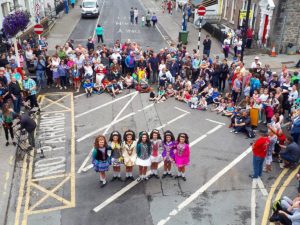 The 2008 festival was held in Tullamore, County Offaly and attracted an estimated crowd of 250,000 people making it Ireland’s largest festival, music or otherwise. 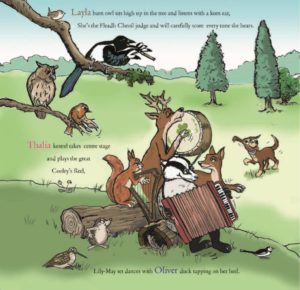 Competitions are held for the following instruments:

The Irish are great singers! The competition extends toL

There are also competitions for the following ensembles: 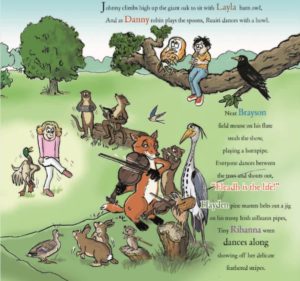 Launch in November 2019, this book is collaboration between Emma-Jane Leeson and Don Conroy.

Johnny Magory, his trusty dog Ruairi and his sister Lily-May have a magical adventure in a woodland setting with all their Irish animal friends.

They can’t believe their good luck when they learn the animals are having a Fleadh Cheoil (music competition) that day and join in the fun and frolics.

Johnny climbs the giant oak tree to sit beside the judge, Layla Barn Owl, but then realises he can’t get down.

Can Lily-May and Ruairi save the day?

Play Us a Tune

Would you like to learn a few tunes? Our free Tin-Whistle Fun guide is the perfect place to start off you own Irish Tradition. Download it here.

New Year Sale, use the coupon HAPPY21 at checkout for 21% off. We are delivering with Fastway Ireland every Monday, Wednesday and Friday. Please place your order by 8am on the day. Thank you. Dismiss