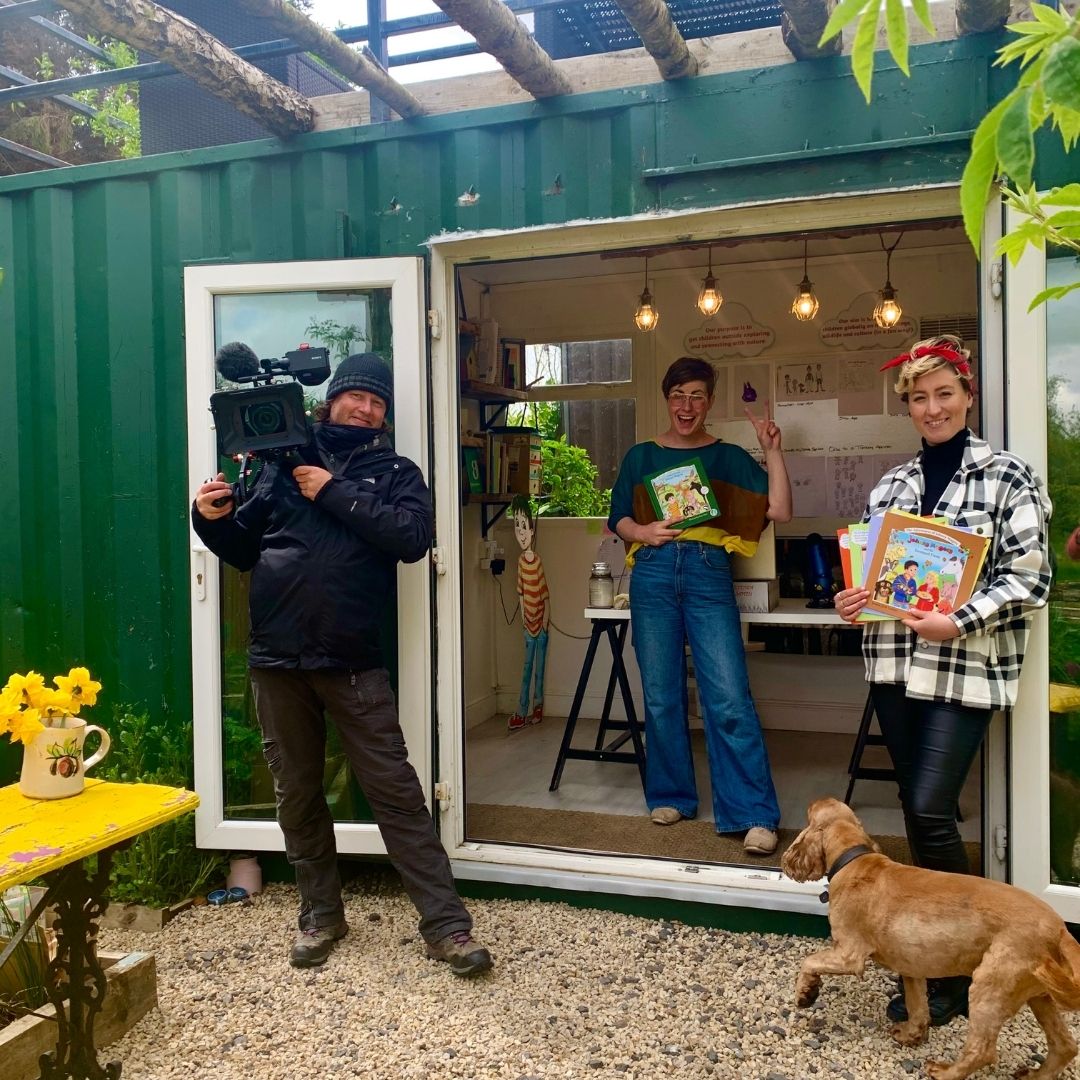 The RTÉ Nationwide team came to Johnny Magory HQ in Ballynafagh to visit on Sunday 9th May 2021, and my word was it a day none of us will ever forget!

Here’s what happened.
The two-person crew, Valerie Waters and Martin Hartnett arrived at 10am on the button and we were straight off and into it. The weather thankfully held for us on the day with only 1 or 2 squally showers but it was windy (to say the least!) We decided to shoot the outdoor scenes first in case the weather did change.
I was asked to create 6 different scenarios that would correlate back to my 6 different books. 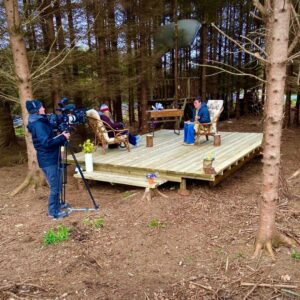 Off to the Lake

The first port of call was off to Ballynafagh Lake to create the lakeside party in The Magical Wild.
Now straight out, I need to tell you how AMAZING the little people were on the day. They did everything asked of them and more. Especially at the end of the day when they were tired and cold, they still dug deep and smiled and had fun. Little Legends.
The wind howled through us at the lake! But it was beautiful as always and I can’t wait to see it on the screen. The girls also did a spot of tree-climbing over there for the Forest Fleadh Cheoil book. 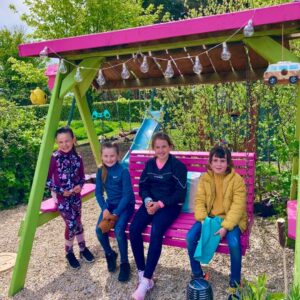 Picnic in the Forest

Back we came to the house and went down the forest to where we had Tizzy parked up and a little picnic-ready. Two things here before I go on, a MASSIVE thank you to my family and friends who spent hours the week previous helping us get that area of the forest passable. We put down lots of recycled wood chippings to make the paths, built benches, cleared dead branches, ‘planted’ millions of cement mushrooms (thank you Mick, Missy and Emily!) and even hung a hammock to seal the deal. This was genuinely hard, hard work on everybody’s behalf but it was so much fun coming together and digging in.

Secondly, a huge thank you to my best friend Maria of @Bakes_byMolly who provided boxes of her delicious homemade treats for us and the crew. She even themed them as Johnny Magory for the day. You can check out her Instagram page here
We recreated The Irish Legends book scene here in Tizzy and the girls got to dig into the tasty treats! 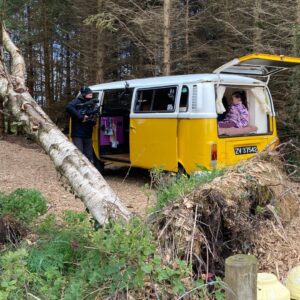 Back up to the garden we went then to film for The Rounders book…. Lads when I say we had some craic here, I mean we had some craic here!! It was so funny and I can’t wait to see it on the screen! Everybody was on the ‘pitch’ playing, shouting, running, batting, laughing… So much fun!
Thankfully at this stage it was time for lunch and we all devoured soup and rolls made by my cousin Missy.
Then we were back at it for the afternoon with 4 items that needed filming. 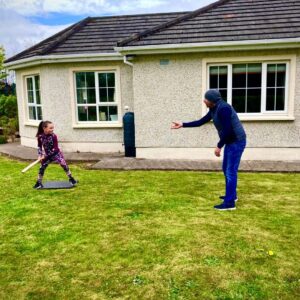 The first was my office where Amanda had to show her face (she is the backbone of the business after all). Then my husband Dave eagerly offered his face for the screen! He was super and I’m so glad that he will appear in it.
It was then out onto the brand new wooden platform that my brother-in-law Ollie had created only days earlier. This was where Valerie and myself sat for the interview. This platform is where I will be hosting writing workshops as part of day retreats later this summer by the way. The interview went well although the wind was howling at this stage but Valerie and Martin were just super.
The last port of call for the day was an interview with my mam Angela. Unfortunately, my dad was too shy to even appear on the day but mammy, as always, swooped in and saved the day. I can’t wait to see her on my TV screen, she was super. 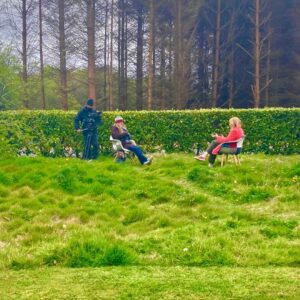 We finished up after that then we a few cups of tea to warm the bones before saying goodbye to my wonderful family and friends and calling it a day.
It was a long day and certainly a tiring one for everyone involved but my word… It was just super!
We don’t know when it will be aired as is the nature of RTÉ Nationwide however we will hopefully get one or two weeks notice beforehand… I’ll be shouting the news when it comes through!
Again I just want to say such a HUGE thank you to all my friends and family who made the day possible. I would simply not be able to do this without them x 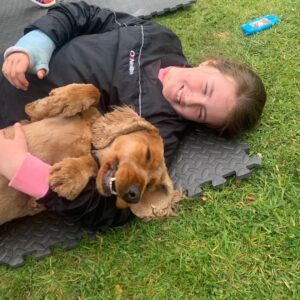 It's summer at last! Use the coupon SUMMER for 10% off at the checkout. Thank you for your support. We deliver with Fastway Ireland every Mon, Wed and Fri. Please place your order by 8am on the day. Dismiss